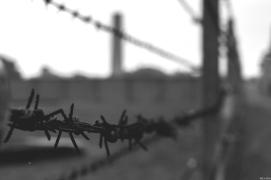 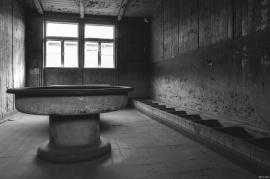 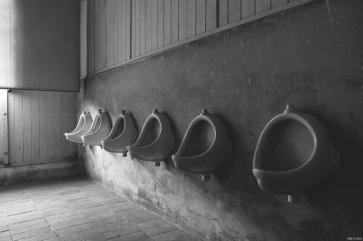 KZ Sachsenhausen. An impressive place. On Saturday we visited the former bakery which made bread for this concentration camp (and some more locations). This bakery we did the urbex way. Our plan was to visit the airfield at ”Schönwalde” but because we already visited the airfield Rangersdorf we decided to go and visit the memorial at Sachsenhausen. Above is a series shot with my Fuji X20.

I can tell you a lot about this place but it might be better that if you are interested to use google or start of at this website: http://www.stiftung-bg.de/gums/en/

It was very difficult to take photographs without other visitors on it but somehow we managed to get shots with patience. On my Flickr account some of  these photos have been featured some time ago, i wanted to bring all of them together on my blog for those that missed them. Link to Flickr for higher resolution: https://www.flickr.com/photos/strangeartifact/albums/72157672152347554 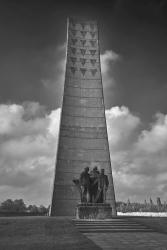 We couldn’t spent a whole day here, we had to drive back home after this visit. Glad we visited it.I think it is important that we all remember the horror’s that took place in these dark years of our history, so it will not find it’s way back into the minds of those deluded that want to make fascism rise again… 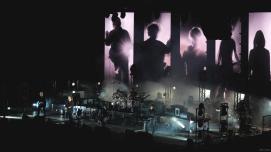 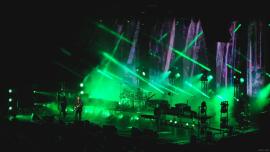 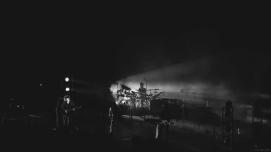 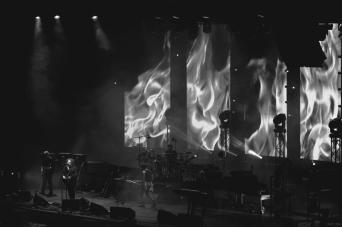 The Cure is touring this year. We decided to visit at least one of the concerts in Europe. In the end due to circumstances we both saw two of them. First we visited Berlin. Mercedes Benz Arena. This was the concert we would visit together. Berlin our favorite place to be would be great to see the concert. And it was, off course! We decided to book a hotel for 8 nights so we could do some urban exploration and see the city.

Amsterdam was next, i wasn’t supposed to see this one but circumstances made it possible. We booked a Hotel for one night and had a great time. Both concerts our friend from Portugal was there to and we met other friends form Germany and the Netherlands in both countries.

Music wise the concert in Amsterdam was the better one. More energy from the band, a more ”happy” Mr Smith. After all it was great to see both shows.

I wanted to photograph them but an interchangeable lens system was not allowed, at least i thought. In Berlin i would have been caught but in Amsterdam i could have walked in with a camera and telezoom lens in my pocket, they didn’t check. I brought a Fuji X20 which i bought for the occasion, nice camera and did the job knowing the long end would be to short. Above a mix of Pictures from both concerts. The different angle of view gives away which belong together.